This collection of comics contains stories about the characters Robot and Francis the Sheep. These best friends travel around the multiverse, having great adventures, angering Gods, accidentally toppling societies, and generally having a good time.

Robot is sometimes brash, smart (but not as smart as he thinks), and often bored. That frequently leads them into trouble. But not to worry, he always has a heroic last-minute plan to save them from (mostly self-imposed) impending doom. Francis the Sheep is level headed, intelligent (exactly as intelligent as she thinks), and ready for any adventure. She’ll also never pass up an opportunity to blow the hell out of something just for the rush of it. 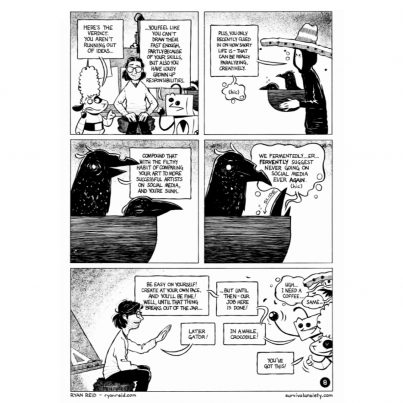 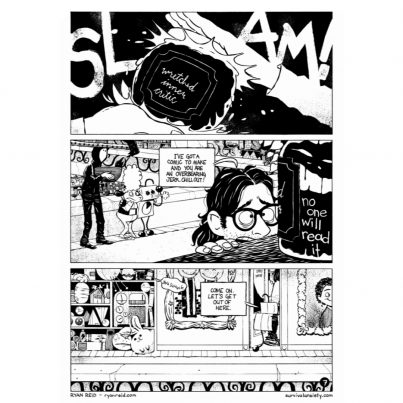 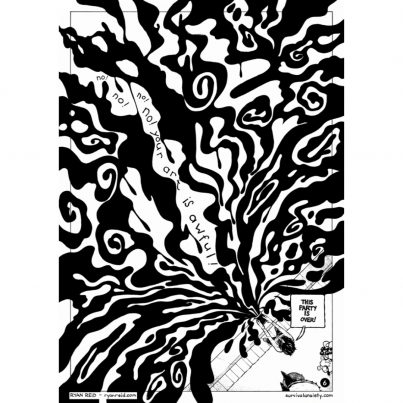 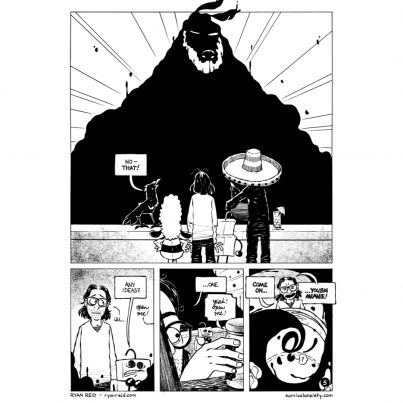